This year, with the assistance of Capitol Television, last year’s event will be streamed on the General Assembly and City of Warwick websites.

“On behalf of Mayor Solomon, Representative Solomon and myself, we invite the public to commemorate the 19th Anniversary of September 11th from the safety of their homes by watching the ceremony and discussing it with their family,” said Representative Vella-Wilkinson. “With the limitations placed on us by COVID-19, we’re proud that Warwick can stand by its promise to ‘Never Forget.’ Events such as these serve to bring us closer together as we honor those who fell; and it reminds us of the work we still need to do to combat terrorism around the globe.”

The event can be seen on Capitol Television, which can be seen on Channel 61 by Cox Communications, Channel 1061 by Cox HD customers, Channel 34 by Verizon viewers and Channel 15 for Full Channel subscribers. It is also streamed at www.rilegislature.gov/CapTV and WarwickRI.gov. 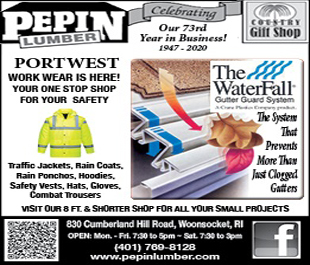