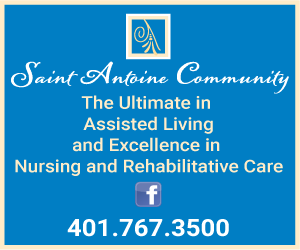 “I respect the Court’s decision, and especially want to thank Judge Procaccini and the Superior Court staff for making the trial of this important case possible during the ongoing pandemic.

“In October of 2019, I believed that it was important to bring this case, as charged, and remain convinced of that today. This case was about one thing: standing behind Rhode Island’s campaign finance transparency laws, and the Board of Elections’ ability to enforce them. The public has a right to know who really is providing support to candidates for public office. That transparency allows them to judge the motivations of those who support and endorse candidates, and to recognize potential conflicts of interest, before and after an election.

“Whether a case involves $1,000, or more than that, is of no moment. What matters are these core principles of electoral integrity and whether we are prepared to defend them, through the legal tools at our disposal, or not.

“As I said when the charges in this case were announced, ensuring the integrity of elections is, in the first instance, the responsibility of the Board of Elections, and typically the involvement of this Office is not necessary. However, when an individual turns a Board of Elections investigation into an endless, circus-like chase for the truth, as happened here, then this Office will use all the legal tools at its disposal to seek justice on behalf of the people of Rhode Island.”

The Senate is back in session today as it gets ready for President Trump's second impeachment trial. This is all happening one day before Joe Biden becomes America's next President.

&nbspJoe Biden will take the oath of office tomorrow and become the nation's 46th president. He has many crises awaiting him including the raging coronavirus pandemic and millions who are out of work because of it. Biden's inauguration will be unlike any other as tight security surrounds the Capitol following the deadly riot that took place almost two weeks ago.

&nbspJohns Hopkins University says the coronavirus death toll in the U.S. is just below 400-thousand. That's far and away the most in the world with Brazil sitting in second place at just over 210-thousand deaths.

&nbspMillions of Americans are getting their coronavirus vaccine, but scammers are trying to take advantage of the situation. The FBI is issuing a warning about those who are selling fake COVID-19 vaccinations online. The bureau reminds folks to contact their health department with questions about the vaccine and not someone selling it online.

&nbspBurritos and bowls are now on the menu at IHOP. The place known for its pancakes is giving customers many choices with the new options that are available starting today. They include six toppings like Southwest Chicken and Spicy Shredded Beef,