--Hi there, we haven’t been together on these pages since Autumnfest and the Athena’s Cup, so a lot has happened.  But it’s a lot of good memories and is now in the past.  This week came the “return to the daily grind” feeling you often get after a vacation or a holiday celebration.  So, let’s take a look at the news wire and pass a few comments this week, okay?

--Former U.S. President Jimmy Carter is now 95 years old.  So it should come as no surprise he is in the hospital, recovering from his second fall in a month.  Falling is a leading cause of hospitalization among seniors.  And you don’t need to be 95 to do it.  Let’s face it, as much as we don’t like to talk about it when you get to be 95……well, as Romeo Berthiaume said it so eloquently Monday “you don’t buy green bananas”.  Yes, a flippant and humorous way to look at a very serious situation, but nonetheless it does somewhat euphemistically put into perspective that “you just can’t count on having a lot of time before the bus comes for you”, if you get my meaning.

This reminds me to mention a couple of dear friends who ‘aren’t getting any younger’ and who are having some health challenges.  Alfredo M. Silverio hosted a weekly radio program in the Portuguese language for decades in Woonsocket.  Two years ago he had to give it up because transportation to the station on Sunday mornings would be uncertain.  I still keep in touch with Alfredo.  He’s about the same age as the former president these days, but word comes through mutual friend Manny Brandao that Alfredo is not at home today.  He’s in a nursing home.  We hope he’ll be home soon.

And my somewhat-younger-than-Jimmy-Carter friend Dave Balfour is still in the hospital.  Dave is struggling to get back on his feet after having a very bad reaction to a combination of prescriptions he was taking.  It’s been a couple of months now, but we’re still all hopeful he can resume his duties on his daily ‘Do You Remember?’ program in a few weeks.  But it’s slow going.

The bottom line in all this is nobody knows the future, so make the best memories you can today.  Go to a festival.  Break a Guinness World Record.  Don’t put it off.  You never know when that ‘bus’ will come.

--While I believe in living each day with vigor and optimism, there is a place in everyone’s life for serious deliberation and caution.  Take care in signing agreements, especially legal ones.  Commitment is important, but always try to have an escape route planned if the agreement goes sour.

I’m thinking now of the United Kingdom, still legally a part of the European Union, but wishing to no longer be such.  Word has come that Parliament has again failed to pass an agreement which would have hastened Britain’s exit from the E.U., commonly called the “Brexit”.

Since 51.9% of British voters elected to leave the E.U. in 2016, it has proven to be the most difficult thing Her Majesty’s government has attempted to do.  And it is still left undone.  In fact, the issue of leaving the E.U. has already claimed the Prime Ministerial career of P.M. Theresa May and threatens that of the present occupant of 10 Downing Street, Boris Johnson.  It is an issue which certainly seems to be dividing the country.  Right down the middle.

So, be careful what you sign.  Get good advice and read the fine print.

--Consider also that staying clear of law enforcement can avoid really difficult decisions in your future.

Case in point is the spot actress Lori Loughlin and her husband now find themselves in.  While other high profile people of the dozens charged in the college admissions scandal have opted to admit guilt and get it behind them, this couple says they will fight the charges.  This is not pleasing the prosecutors who want them to come to the bargaining table so they can mete out a punishment and go home without the cost and bother of a full court trial.

In fact, in order to pressure Lori and her husband even harder to ‘cop a plea’, they’ve leveled additional charges against them.  It gives the appearance that “the longer you fight, the more you will pay……” and could be seen as “throwing the book at them”.

Will it work?  I don’t know.  It has been my experience that when someone takes a stand on a basic principle, like innocence, it is hard to shake them.  Unfortunately for Lori and her husband, we’re not talking about protesting a speeding ticket here.  When matters are this much in the public eye, you need to remember that the prosecutors also have motivation to dig in their heels.

Right now this couple has decades of prison time awaiting them if they are proven guilty at trial.  That means one thing to people in their 20s or 30s and an entirely different thing to people over 50 years old.

When I think of my friends who cannot live at home and people facing the prospect of living in jail, it makes me ever more grateful I can go home at night and sleep in my own bed. 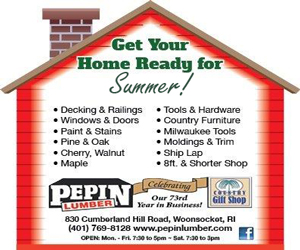